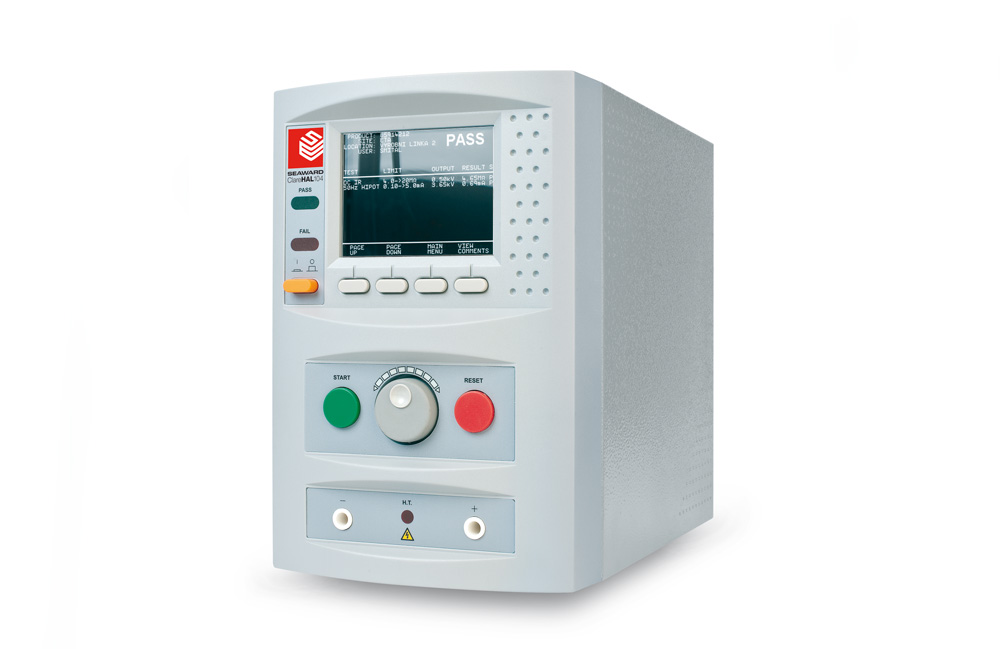 LED manufacturers can now use the most advanced low-power multi-function tester, with which capacities can be measured less than 1000VA with a resolution of 200mVA. Thanks to the better resolution at low power, the LED manufacturer with CLARE HALL LED made by Seaward is able to do a better exit control test for their lighting products .

LED manufacturers can execute a complete end-of-line testing. It is also possible to perform a functional test, to ensure the proper operation of the lighting.

During this functional test can, due to an improved resolution of 200mVA, a perfect quality control can be excecuted. By comparing the measured values ​​with the permissible limits the LED manufacturer knows that all components, including LED drivers are installed during production. For example, the LED manufacturer can assure its customers, that the final product meets the expected efficiency.

With the CLARE HALL LED multifunction tester you can also be check whether the light complies with the safety requirements of key standards, like BS EN 60598 which deals with the safety of lighting systems, such as light fixtures, lamps and fluorescent lamps.

The Clare HAL LED combines the power of a multifunctional production tester with a meter for load and power factor, therefore the  energy consumption can be measured and classified.

Leakage and touch current, insulation resistance and ground testing can be performed individually or incorporated into an automatic test program. The tester can be integrated into a fully automated test system with selectable sensors and safety devices, or by making use of remote PCs and PLCs.
All tests and results can be stored in the internal memory of the tester, which makes full traceability possible.